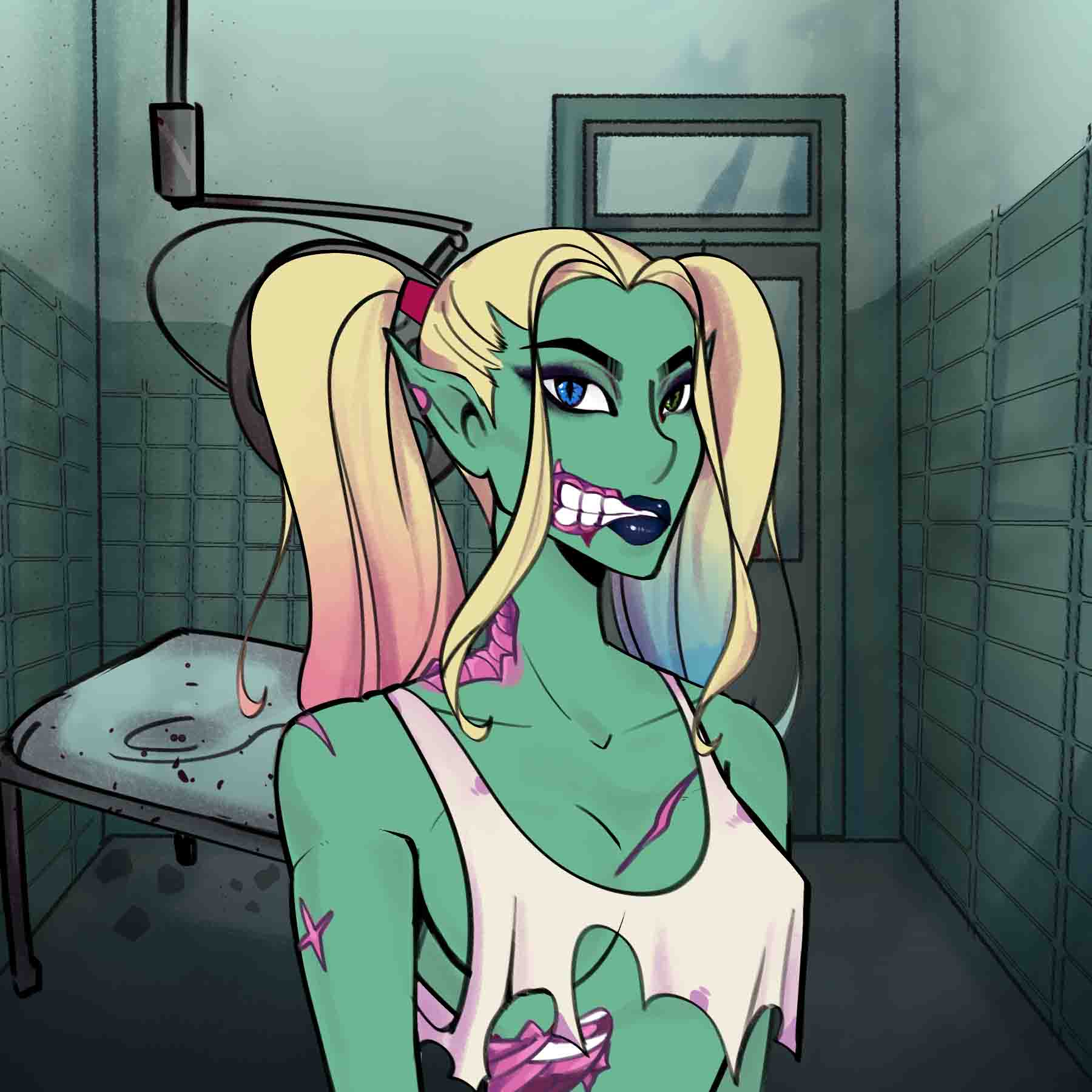 Death welcome you among the brotherhood of the Unholy Gods !
The Unholy Gods is a secret brotherhood who draw their strength from the dead people that they cursed. This clan control the world since time immemorial, sowing disorder and chaos through the ages.
Are you ready to make the necessary sacrifices to gain such power?

Be part of the brotherhood !
By minting an Unholy God you are not just buying a unique NFT, you are also offering your soul to the Brotherhood … with all the benefits that this offers.
You can indeed have exclusive advantages in the real world, the digital world… and the afterlife depending on the rarity of your Unholy God.

The Unholy Godess is the first step of the big invasion project directed by the “Cursed Studio”.
Do not underestimate these 6666 beauties, you could succumb to their charm … and never come back among the living.
Each of them is unique and generated by a combination of random characteristics defining different levels of rarity such as skin, eyes, mouth, accessories, demon characteristic,…

Demons hyerarchy
The rarer your Unholy God is, the more rewards it will offer you which will evolve as the project develops.
Here are the first advantages that the brotherhood will offer to its community :

Sacrifical pact : when the development of the project will reach different milestones, a part of the earnings will be redistributed among random holders of Unholy gods

Roadmap
Evil always have a plan

• Summoning of the first wave of demons : the Unholy Godess

• Development of the brotherhood

• Summoning of the second wave of demons : the Unholy Gods

• Unleashing the curse worldwide : Development of side projects linked to the UnholyGods universe

The launch will take place on 13th December on the Binance Smart Chain.
Whitelist spots will be available regarding the involvement in the community ( taking part of discord discussions, giveaways,…).
Whitelisted peoples will be able to mint a Unholy Godess at a discounted price.

*prices will be updated regarding the evolution of the BNB price

Pandora : the sick brain behind the Unholy Godess concept and design
Souleater : He love to listen the keyboard sound (houyyyyeah so stimulating)
Chkoumon : he was fed up with being cursed so he became the curse itself