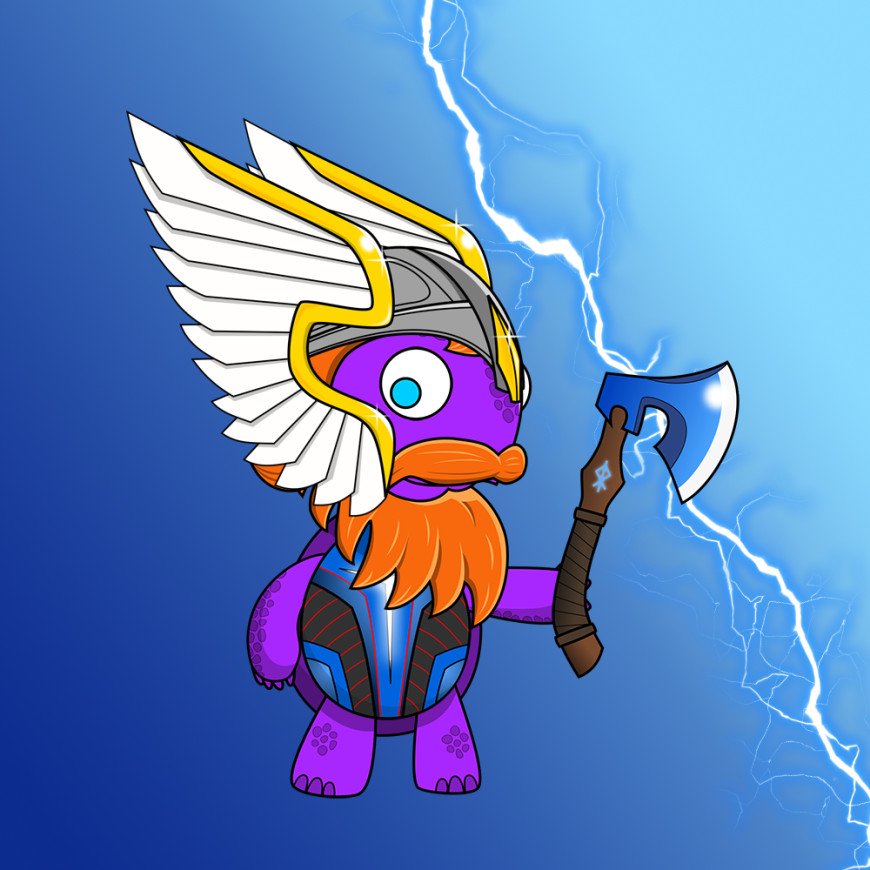 Thortles NFT Club is a collection of 4900 unique NFT’s from the realm of Asgard. The Thortle Gods of Asgard seek to make all Thortles NFT owners wealthy. By holding a Thortles NFT, you are entered into a giveaway each week where you can win Asgardian wealth. Where do the rewards come from? We conduct multiple mint rounds of a limited supply of Thortles, after each mint 70% of the capital is invested into Odin nodes on thor.financial. These nodes payout rewards and each week we will gather these rewards and conduct a giveaway of at minimum 1 Odin node. As long as you are holding a Thortles NFT, you will be entered into the giveaway.

Winners will automatically be sent enough Thor tokens to create an Odin node (currently 78.1 tokens). You can then either create a node for yourself, or sell the tokens and keep the money (to buy more Thortles!).
Thortles are based on the Thor node structure provided by Thor.financial. If you aren’t familiar with their nodes, here’s a quick breakdown. There are four different tiers of nodes available, each with a different cost and reward associated. The more expensive the node, the higher the yield. The highest tier, Odin, costs 78.125 Thor tokens and returns 1.02 Thor tokens every single day, for forever. This is how Thortles will be able to provide lifetime rewards for Thortles NFT owners.

We launched the presale mint on Feb. 11, 2022 where those who were whitelisted could mint 2 Thortles for 2.5 AVAX each. Once the presale concluded, public mint commenced at 3.5 AVAX per Thortle.
Thortles will be viewable and tradeable on the secondary NFT marketplace NFTrade. If you want to buy or sell more Thortles after the minting period is expired, you can do so on NFTrade. That said, the only way you stay eligible for the weekly giveaways is by holding at least one Thortle in your wallet. Let’s talk about the giveaway process and the rewards!

The money raised from the sale of the Thortles will be used to purchase Odin nodes on Thor.financial. Each node provides 1.02 Thor tokens per day. We will purchase as many nodes as possible with the funds from minting, but that number will depend on the price of AVAX and THOR on mint day. The more nodes we purchase, the more rewards we give out!