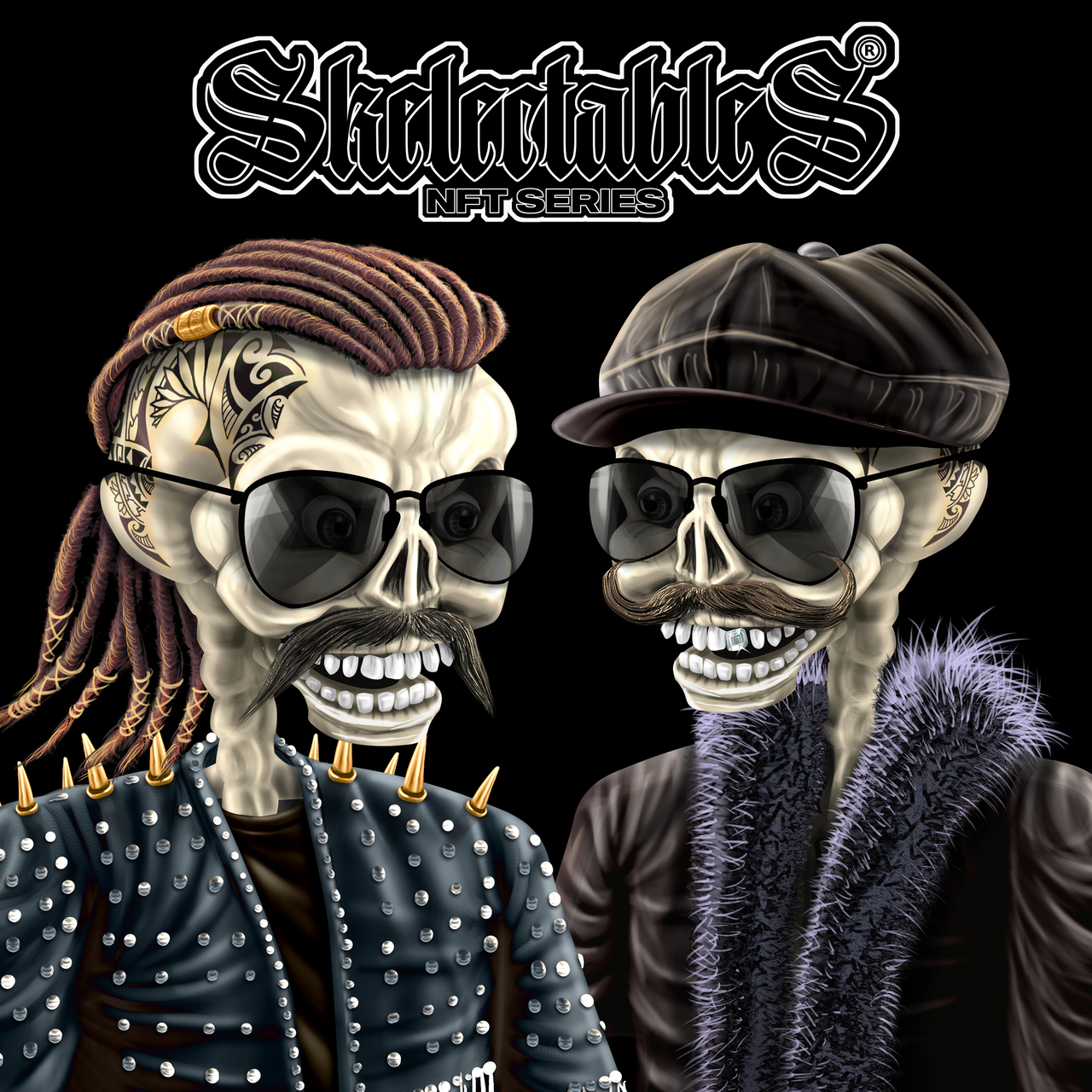 What happens to the scum of the earth after they die? We’re talking about all those criminals, creeps, extortionists and rampant sinners who unintentionally bought themselves a one-way ticket down when they committed their horrendous crimes against humanity.

Those are the souls who are transported straight to a parallel universe of brimstone and fire, where their flesh is seared off and all that remains is a living skeleton. Their past crimes prevent the skeletons from moving on to the afterlife, leaving them trapped for the remainder of their endless existence in a world that’s come to be known as the Skeleverse.

The Skeleverse cities are now being taken over and run by the Skelectables organisation. A splintering mafia type group consisting of 8,888 Killers, extortionists, and thieves of all ranks.

What will you do? Will you trade your way to a trio and stake your claim or will you sell out at a high price? Get your Skelectable NFT and join the organisation to find out.