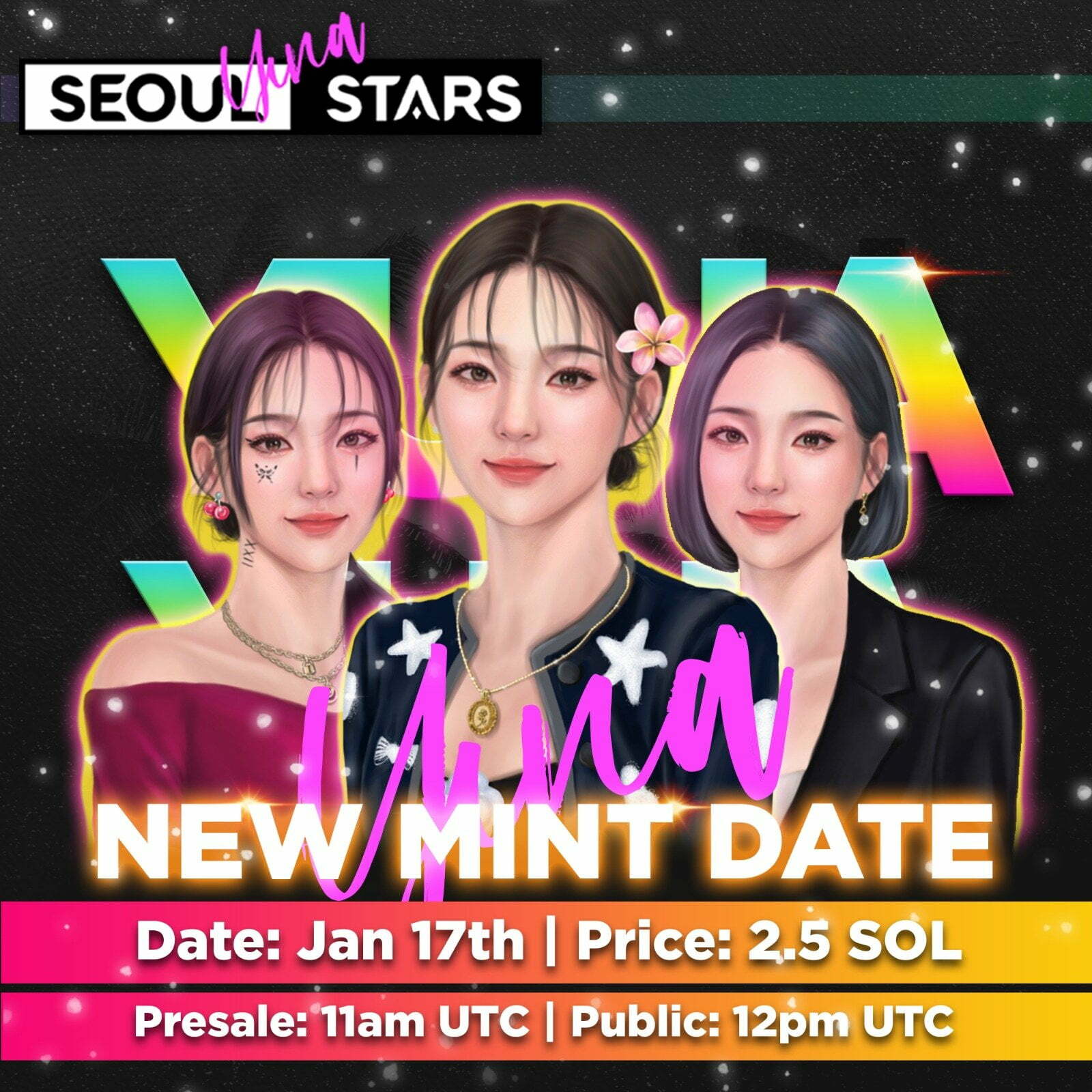 10,000 limited edition and unique NFT illustrations of Yuna by SONGBLY84.
In parallel with our plan to develop a virtual idol and a metaverse around her, we plan to offer our community of Yuna NFT holders a key starting point: Seoul Stars Game. Seoul Stars Game will be a PP2E (Play & Produce to Earn) rhythm game where it will feature songs by Yuna and other famous K-Pop songs.

Play to earn (i) in-game rewards such as the in-game currency (YunaCoin) and items (idol signature), and (ii) $STAR tokens through weekly leaderboard
Produce to earn by producing your own song as a rhythm game that can be played by other users and earn YunaCoin & $STAR based on how many people play your song!

In addition, the Seoul Stars team is proud to announce the official partnership with Catheon Gaming, a company integrating blockchain Play-to-Earn gaming with the entertainment industry. SolChicks, Seoul Stars, and Catheon Capital are subsidiaries of Catheon gaming to preserve a diverse and high quality portfolio of gaming, metaverse and entertainment assets – in particular, SolChicks has shown astounding growth since its conception 3 months ago.

Capitalising on the valuation upside for first-movers in the Play-to-Earn market, SolChicks has hit milestone after milestone with records such as 700k+ followers on all socials, 35 partnerships with launchpads (world record), and the #1 NFT collection on CoinMarketCap and Solanart. Perhaps the largest achievement, however, for SolChicks was in the token launch: with an implied market valuation of $4bn (USD), the $CHICKS token overloaded the supporting Solana blockchain. Such success was not only an indication of the overwhelming
demand for blockchain Play-to-Earn games, but a glimpse of the future in the digital space.

The question, then, is what does this mean for the up-and-coming virtual idol metaverse project, Seoul Stars? With the expertise and experience from the SolChicks team, the Seoul Stars team can capitalise on and combine elements of the Korean entertainment industry and the Play-to-Earn market: in the near future, collaboration with key SolChicks members will be conducted to construct a digital rhythm game with sing-to-earn and produce-to-earn elements. The aforementioned game will work in conjunction with the development of the K-Pop virtual idol Yuna, who will make a grand appearance in the metaverse with virtual concerts, albums, and choreographies.

Needless to say, the advancements for the unique K-Pop metaverse project will undoubtedly show exponential growth.Yuna’s first song has already been released and you can check it out on their discord!

Their first mint sold out all 2500 and they are looking to mint 2150 more! Lots of benefits and exciting content for holders. Don’t miss out!