What is Throne Wars
Throne Wars is a massively multiplayer online role-playing game. When the game started, the player built a castle and set up a small dukedom. The world of the game is full of many dukedoms, all of whom are fighting to take the throne of the kingdom. It is enough to have only one Solana wallet to start the game. However, PygmiesLand NFTs are needed to build armies, develop and produce. The player can add as many NFTs as they want to the game account. Thus, that NFT's powers pass to the player's duke and its dukedom. The game requires $BRUSH tokens, except for resources collected from the environment. Earns $BRUSH per day for each NFT rarity multiplier. If player needs extra $BRUSHs, the player can transfer it to the game account from Solana wallet. The player has to use these $BRUSHs for various purposes in the game. In fact, the $BRUSH spent does not disappear, it becomes a part of the work done in the game. For example, when a soldier is produced from the barracks, the $BRUSH spent on the soldier becomes part of the soldier, and during the battle a certain part is given to the winner of the battle. or when you attack a dukedom's castle, $BRUSH of damaged or destroyed buildings in the dukedom is also awarded to the winning player. The player can remove their NFTs and $BRUSH tokens from the game at any time.

What is the earning potential from playing the game?
Depends on your playstyle. This is an RPG war game and you will earn $BRUSHs if you win battles in general.

$BRUSHs are earned based on the number and type of soldiers and equipment participating in the battle. For example, when an army of 1000 soldiers fights another army of 1000 soldiers, the winning army gains more brushes than armies of 100 soldiers. You earn $BRUSHs depending on the soldiers and equipment of the army you defeat. Also, at the end of the battle, you will not only have $BRUSHs, but also some of the enemy's stuffs. If someone attack on the castle. If the castle is captured, all the remaining assets of the defeated duke will pass to the winning duke and the winner at least will have a new castle. If the player's last castle is captured, NFTs screwed to the game will not be awarded to the winning player. Attacking a newcomer will be not a profitable battle for old players, because the result of battle give them afew $BRUSHs thus new players are protected. Of course, the level of the player is also important. When a high-ranker player attacks a low-level one, his army's morale index drops even if he wins the battle.

You can sell the stuffs you produce or get from battles in-game for $BRUSHs. 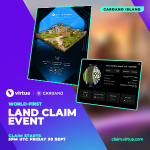