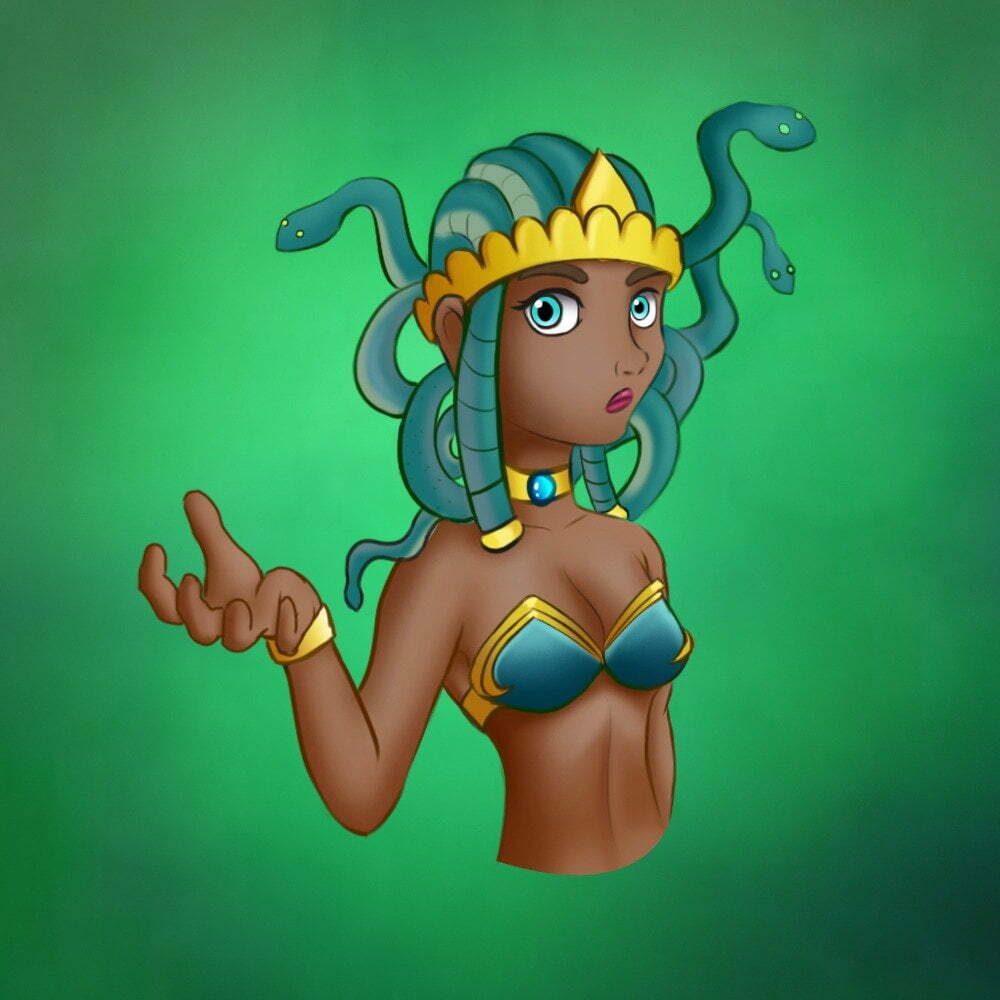 Project medusa is a collection of 10000 NFTs, we are launching a pre-sales Mint of 1000 NFTs on Solana blockchain for 0.35 sol, the NFT holders will also get airdrop of Medusa Coin and they can use it either for purchasing accessories or hold to for use in our project final phase which is a blockchain game on Solana.

Project story:
Medusa is the most well-known of the Gorgon monsters from Greek mythology. Perseus, Medusa’s slayer, was able to kill her by cutting off her head since she was the only Gorgon who was mortal. Chryston and Pegasus, her two sons with Poseidon, were born from the blood that spurted from her neck. Medusa’s kindness and good humour drew the lads in from the start, ensuring that they created an everlasting bond. Hercules was especially taken by her allure, and the two fell hopelessly in love. When Medusa opened Pandora’s box, however, she was transformed into the legendary snake-haired monster. Medusa and Hercules were mercilessly pulled apart after being cursed to turn anybody who looked upon her into stone. Medusa has vowed to Hercules that he will find a cure one day. She is forced to spend the rest of her days alone in a cave on the shores of Clisthenes till then.

The project is divided into 3 phases, on first phase we have developed the NFTs and minted 100 million tokens on Solana blockchain, there is a presales of 1000 NFTs for 0.35 Sol. Once the Presales is completed, we will go for full launch and 8950 NFTs will is available for minting for 1 Sol. There will be airdrop of Medusa token to NFT Holders.

Phase two will have a companion NFT development of Perseus and later that NFTs can also be purchase with Medusa coin.

Phase three is for game development most of the funds raised from NFT sales will be used for this blockchain game development and we will make the users earn tokens while playing this game.