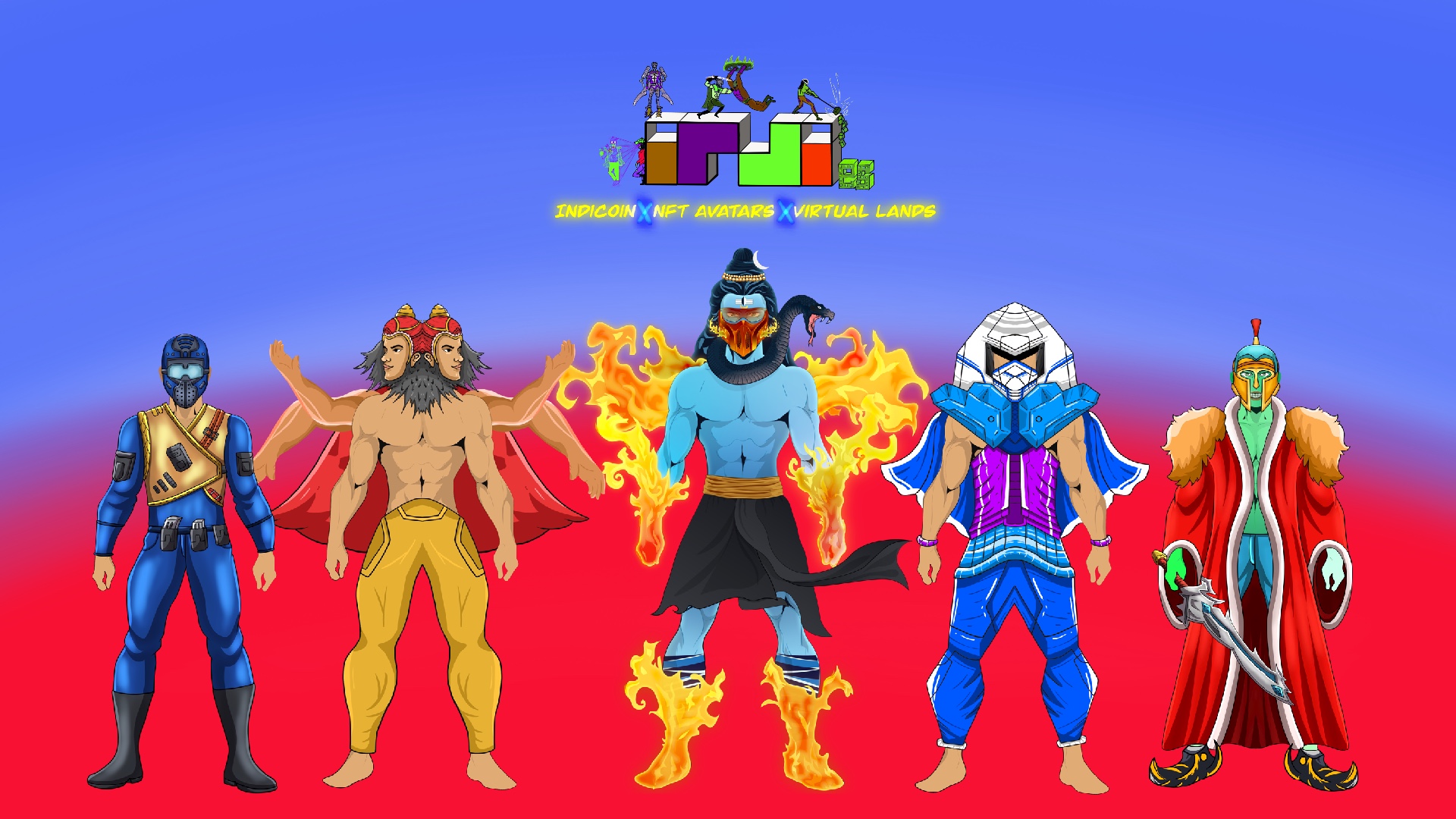 Indie’s are the Virtual Guild of 11,111 NFT Avatars — uniquely generated digital collectibles living on a closed Virtual World. Developed & Designed by IndiText LLP & Backed by StraightCircle VC. After Developing India’s first digital currency back in 2016 and Launching IndiVerse Virtual lands in early 2022. We are launching our brand new NFT collection of unique 11,111 Artworks. Every Indi is unique VRactive Avatars that works as the soul of the digital guild. Owning an INDI grants you access to members-only benefits of Spirit City,IndiVerse. The Indie’s Guild helps other indies to eternalize their Karma, Souls & GoodDeeds on-chain and Incentivises those indi who are naturally inclined towards doing more social good all powered by Indicoins.

As a leading metaverse brand IndiesNFT Avatars are on a mission to build an inclusive community of people who are naturally motivated to do more social and public good, we pledge to motivate them so that they continue their hot pursuit and never get bored; by continuously Incentivising and recognising their good deeds. We will do so by developing & maintaining a decentralized Virtual City with a Karma wall (decentralized leaderboard & social standing) built on Ethereum Blockchain, In IndiVerse you’ll play & explore through your Indie’s NFT Avatars and would be able to eternalise your GoodDeeds(backed by a actual good deed proof) and get rewarded in IndiCoins or IndiVerse Land Parcels.

Thus, by doing so We make an effort to preserve your Karma, because Indie’s believe your Good Deeds need Immutable ownership and recognition. We are also building The Spiritainment City virtual lands (100,000 parcels) that creates a replica MetaVerse of “Kashi” , the place that will host the eternal Karma wall. We are planning to organize a mint for our avatars and lands next month. All powered through Ethereum & Indicoin.(One of India’s top valued VDA & Virtual Currency since 16)

The idea behind the commencement of Indie’s Guild will be to create a closed “Indicate” of Spiritual truth seekers. The guild’s members would be incentivised & supported to do socially positive and constructive tasks in a transparent and trustful manner . By modernizing and simplifying the traditional design of the social sector and merging a shared layers of Tech, Art & P2E elements in it, the Indies’ are coming up with a first ever Virtual Guild of people who just not only play games but also earn and build their kingdom through their Good-DEEDS done from any part of the world.

In the IndiVerse, Spirit city is the capital which is 1500sqmtrs in size , plotted in 1lakh parcels; here we have 9 realms, 108 kingdoms and 14 cultural clans divided into 4 IndiSpecies that are :

1. Your Avatar is your digitally tradable membership card of the Spirit City, Indiverse. Which can be sold or traded on exchanges and marketplaces.

2. Every member has 1 virtual land locked in the Spirit city. They can unlock it by choosing their kingdoms and upon completing the mandatory quests and good deeds, your own virtual assets and land in the spirit city are unlocked and now you can bring your fans, family, friends & community. You can monetize it by hosting parties , meetings, concerts or even rent out your land and earn in IndiCoins.

3. Every member gets a ticket to the yearly Indie’s Raffles, with mega prizes worth over 100 Eth.

4. Every member and IndiesNFT holder gets a Virtual Digital Assets every month in their digital wallet such as XR kit, 3D model of the Indies avatars, Indicoins, new nft drops, collector box and much more.

5. IRL experiences of indic-sheman ceremonies which happen 3 times a year in the oldest city of the world..

6. Every Guild member or an indie's nft holder forges their Merch-Boxes from Meta-STORE.

7. Expand the Guild,Build the Spirit City, Charity as many blue indi or atleast meditate to receive more karma points & Rise in ranks of KarmaWall to become a King. Share your research and messages with fellow guild members and get your desired recognition or funds as a God or Whiteindi. The guild provides the several ways 2 reach your higher self and promotes the path of spirit seeking to the members; they unite and support each indies on these aforementioned common interest.

The List is eternal, and the 11,111 NFT Avatars have already started blissing out in the IndiVerse. 108 Virtual Kingdoms of Spirit City are up for grabs, Join the Indie’s Guild now! | Powered by @indi_coin