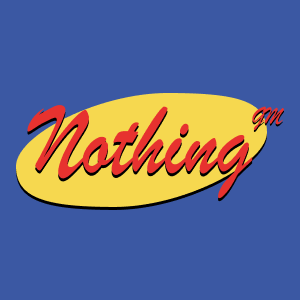 FromNothing.Wtf: An NFT “about nothing” that’s on the verge of creating something special thanks to its community and decentralised autonomous organisation (DAO).

FromNothing.Wtf is a new and inventive DAO-driven NFT project where its members steer the project forward.

Most NFT projects adopt top-down narratives based on the founders’ sole vision. These projects drown in hyperbole and unrealistic roadmaps, and when coupled with the rapid pace of blockchain development, typically end in failure.

Enter FromNothing.Wtf (or Nothing), a catalysing NFT project with its destiny firmly in the hands of its ecosystem.

As a decentralized autonomous organization (DAO), the Nothing community will have the necessary tools to make decisions on the governance of the project and its resource allocation. Given DAO membership will be restricted to FromNothing.Wtf token holders, decisions will be aligned with the common interest of maximizing value for the project. By tapping into the crypto held in the DAO’s treasury, members can propose and vote on plans that could potentially benefit everyone involved. From the development of games, movies, and other entertaining applications of its NFTs, to more short term, community-oriented initiatives such as donating emergency aid to global causes.

The project has already experienced unprecedented success upon launching, amassing over 10,000 Twitter followers within its first few days of public announcement.

The project’s name, FromNothing.Wtf, or “Nothing”, is a parody of the popular 90s sitcom Seinfeld, widely called by fans and critics as a “show about nothing”, but in reality was quite the opposite of that — often focusing on the minutiae of everyday life. Nothing might be launched as a project with no overarching plot or roadmap, but it’s destined to rapidly become something both exciting and full of potential. Our goal is to mould a dynamic narrative that’s transparent and resonates with everyone.

Obtaining a Legendary Puffer Jacket to join Nothing

To gain membership into the Nothing ecosystem, users must first acquire a metaverse-ready “Legendary Puffer Jacket” NFT, an adaptation of George’s large Gore Tex coat worn to a dinner party joined by Jerry, Elaine and Kramer (Episode 77). The founders, who have announced their identities on Twitter, have also made the mint price very affordable.

Join the pre-sale list to guarantee your purchase of the Legendary Puffer Jacket when it goes on sale — there is already huge demand, and it is expected to sell out.