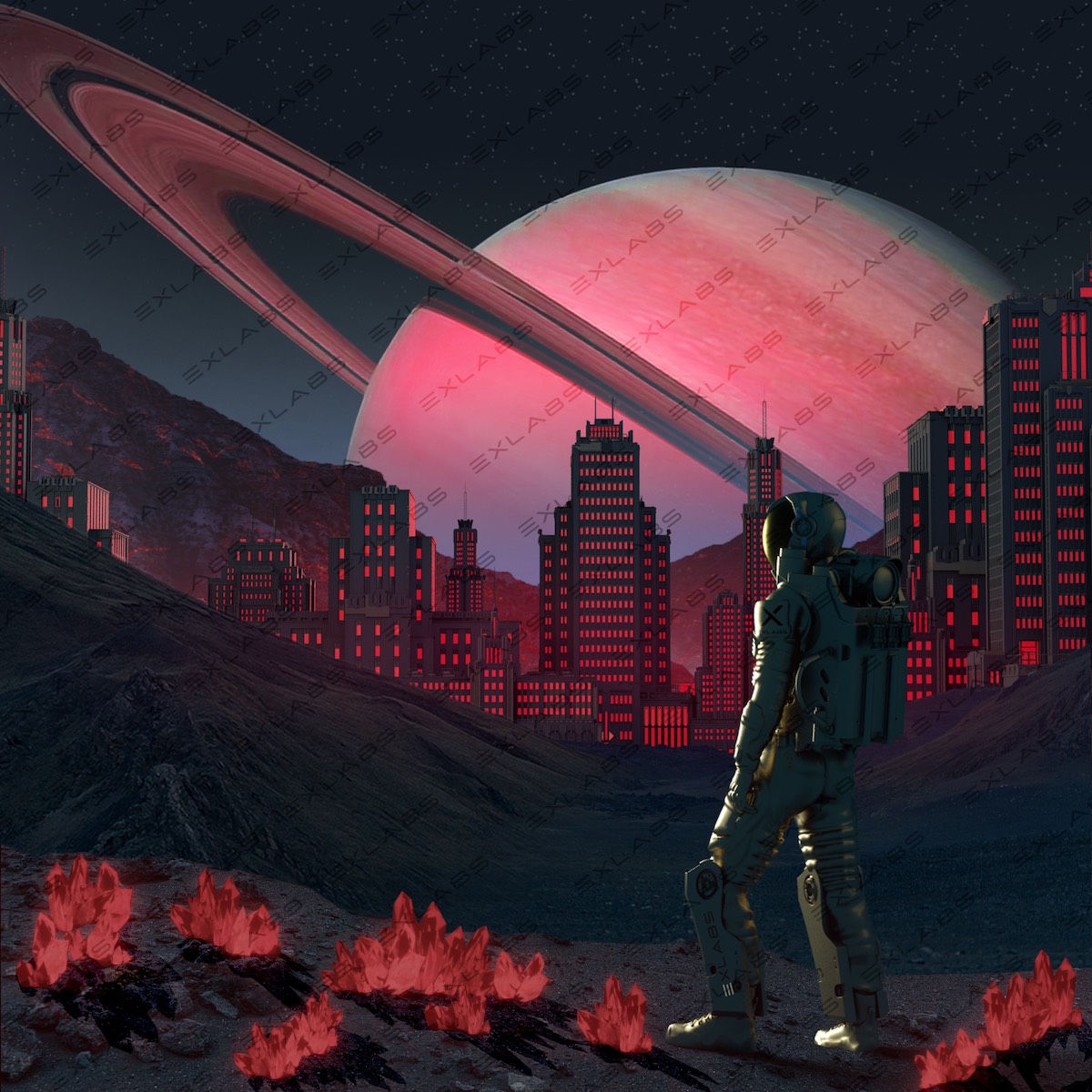 The Explorers NFT is the first-ever NFT community designed to encourage space exploration and the expansion of the future space economy.

We're committing 90% of all proceeds to ExLabs and the Explorers community, with the balance for youth charity.

‍By purchasing an Explorers NFT, you'll receive 10 Exploration Tokens per day which can be used for exclusive community benefits including evolving your limited edition NFT, getting your name out into the solar system, displaying artwork or an image of your choice on an actual spaceship, and even provide the opportunity to have an actual piece of a deep space asteroid.

What is a Pioneer Pass?

The Pioneer Pass is an exclusive membership for the initial supporters of the first REAL Space Exploration Web3 Community.

The Pioneer Pass will include the ability to gift your friends two (2) spots on the pre-sale list so they can claim their Explorers Genesis NFT before the general public. The 2 invitations will need to be for different wallet addresses each. The pre-sale will arrive after the dust from the Pioneers Pass has settled and we will provide ample time for you to make use of your Buddy Passes.

Holders of the Pioneer Pass will also receive an EXCLUSIVE series of airdrops commissioned around futuristic space themes that won’t be available through any other means.

The Explorers community belongs to you and we’ve listened to your feedback. That’s why today we’re announcing the details of the ExLabs Series 2 release arriving later this year. This collection will take on the form of Primo Astros, daring and bold explorers taking to the skies in search of bounty and adventure. Pioneer Pass holders will receive three (3) FREE randomly selected Primo Astros upon release (a minimum value of 0.3 ETH).

Who can get a Pioneer Pass?

The Pioneer Pass is available first to those OG Explorer’s who submitted their wallet address to the WL bot up to the cutoff. It’s our way of saying ‘thank you’ for being early to the project and being excited for the presale. If you’re one of these OGs, you don’t want to wait to mint as allocation is on a first-come, first-served basis! After a reasonable 24 hour period, the Pioneer Pass may be opened to additional community members while supplies last.

Why a Pioneer Pass?

One of the motivations behind this early offering is to use the resources raised to increase our community’s reach and visibility. In addition, we’re also focused on increasing the areas of expertise represented within our team (aka. we’re hiring!). In the past month, the ExLabs core team has on-boarded several new individuals as part of the effort to bolster our media, social, and technical offerings. Our team has expanded quite a bit since we first announced the Explorers NFT!

Another portion of the Pioneer Pass will be going directly to our Lead Artist 6raphicher and his team, who have been continuously delivering content behind the scenes throughout this campaign. We appreciate their candor and tenacity in spite of the geo-local challenges they’ve had to contend with.

For that reason, we’ll be accessing a portion of the contract balance in part after the Pioneer Pass concludes in order to make use of the new strategic partnerships we’ve put in place. In other words, these efforts are tied directly to increasing the brand’s value and reach. These activities will fall wholly in line with the proposed expenditures as outlined in our roadmap and will culminate in the general sale of the Explorers NFT Genesis Series shortly after the conclusion of the Pioneer Pass. You can expect transparency from the ExLabs team with regards to these activities and additional details will follow on the minting of the rest of the Genesis series.

What if I previously won a pre-sale spot? If you are a presale winner from a contest, you are still eligible to claim your Explorers Genesis NFT before the general sale! Access to the presale will start shortly after the Pioneer Pass launch. Additional details for that are around the corner.

What if I’m an OG Explorer but didn’t get a chance to claim a Pioneer Pass? As an OG Explorer you’ll still be entitled to claiming your Explorers Genesis NFT before the general public. Please kindly submit your info in the announcements channel so we can add you to the presale list!

Will Pioneer Pass holders be able to purchase additional Explorers Genesis NFTs? Yes! If you are an OG Explorer, you’ll still have access to claim your Genesis items during the presale and before the general public within the event limits. During the public sale, anything goes while supplies last.