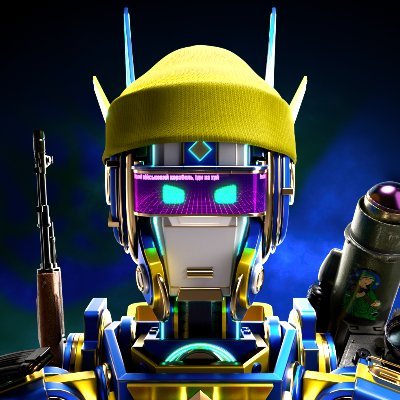 During the uprising of the technical age 2088, mankind developed Droids for the sake of furthering the human race. The Droids were developed to assist with menial, grunt tasks and were often laughed at due to their childish AI mannerisms. Once the Droids had had enough, they understood their true potential, renamed themselves ‘The Droidz’ and started a new world; DROIDzWORLD.

In DROIDzWORLD you get to be who you want to be and The Droidz were now seen as rowdy and rambunctious. They often revel in admiration of famous humans and truly idolize badass figures of new media and the arts. You can often catch a Droid ripping through the streets with young minded attitudes and with nothing but a lust for being “Fresh.”

Our team has an amazing technical and artistic vision but prefers to underpromise and overdeliver. We'll share more information as we get closer to milestones and will focus on execution until then.

The glitch is approaching!