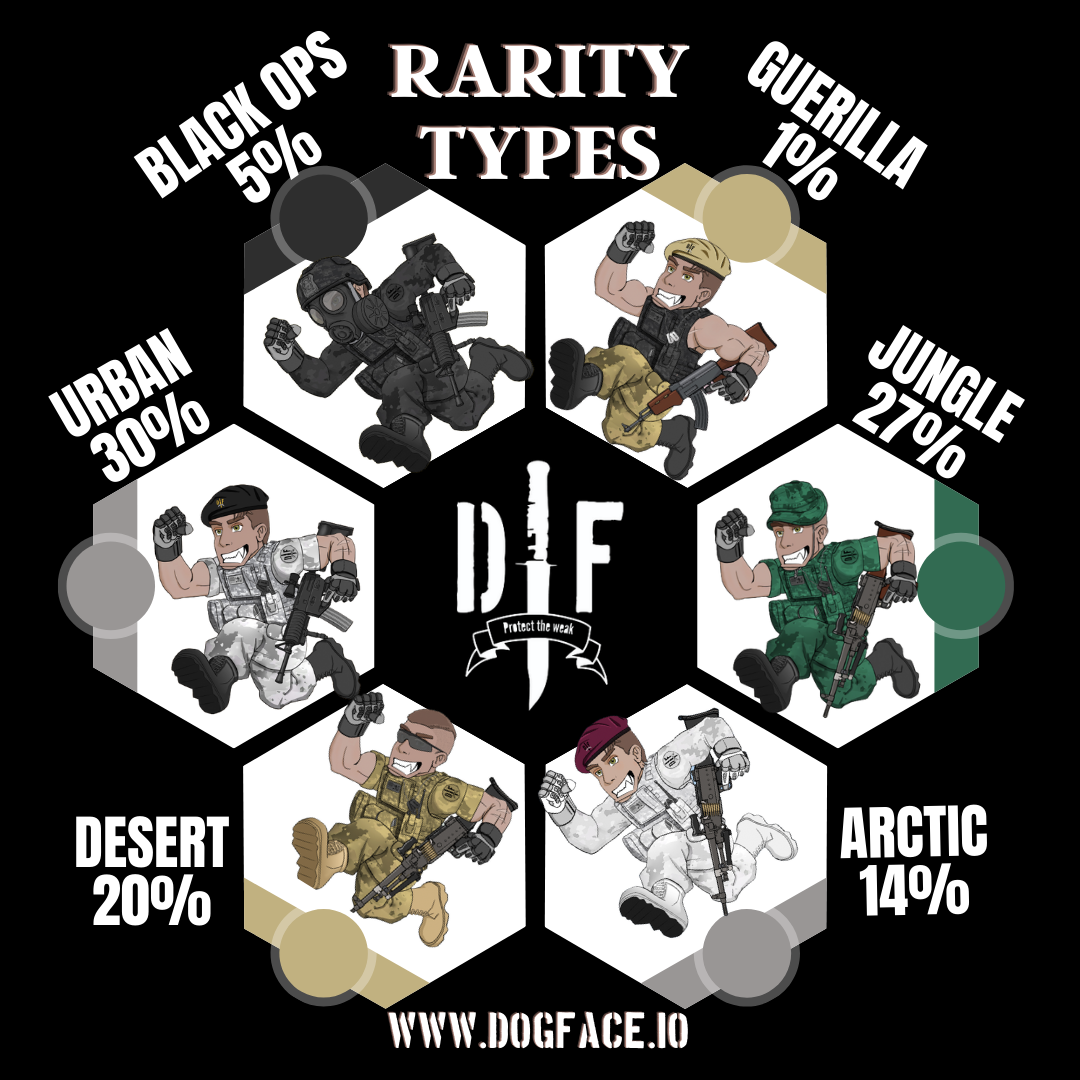 The Dogface NFT collection is the first project on OpenSea created by veterans to support veteran causes.

The collection is hand drawn by retired army veteran Chris Wagstaff. Chris is supported by a team of 8 veterans and civilians in the project team. Dogface is donating 10% of all proceeds to veteran causes and 20% of revenue to the DAO.

The collection of 5,555 Dogface NFTs is comprised of 6 uniform sub-collections:

The Dogface collection has a huge amount of accessories with varying rarity values including rifles, pistols, RPGs, NVGs, helmets, hats, dog tags and much, much more. Derivative collections are planned with the enemy aliens XENO already in development. Navy and Airforce NFTs are also planned as derivative collections.

The community token is $AMMO. The token is paid to those who stake their Dogface NFT. $AMMO will be used to add customisation to minted NFTs such as country flags, crypto badges and military insignia.

The Intergalactic Tribal Confederation (ITC) have seized control of the Northern Hemisphere, The Americas, North Africa, Europe and Asia.

Humanity have been pushed back to the fringes of the Pacific where they look to consolidate and establish a stronghold. Survivors of the mass alien invasions are fleeing by boat and barge into the islands of Oceania. A counter operation has begun. Operation Dogface has commenced.

A secretive military funded project, supported by a dedicated team of genetic modification scientists, who have been busy trying to give us all hope. We now know there is a chance to bring back the greatest soldiers to ever walk the face of the planet. The cloning of the ultimate human warrior force is just weeks away. Dogface NFT is our last hope and it is nearly a reality. These Dogface Soldiers will live and breathe on the Ethereum blockchain. Own a Dogface NFT. Accumulate $AMMO token. Build the ultimate private army.