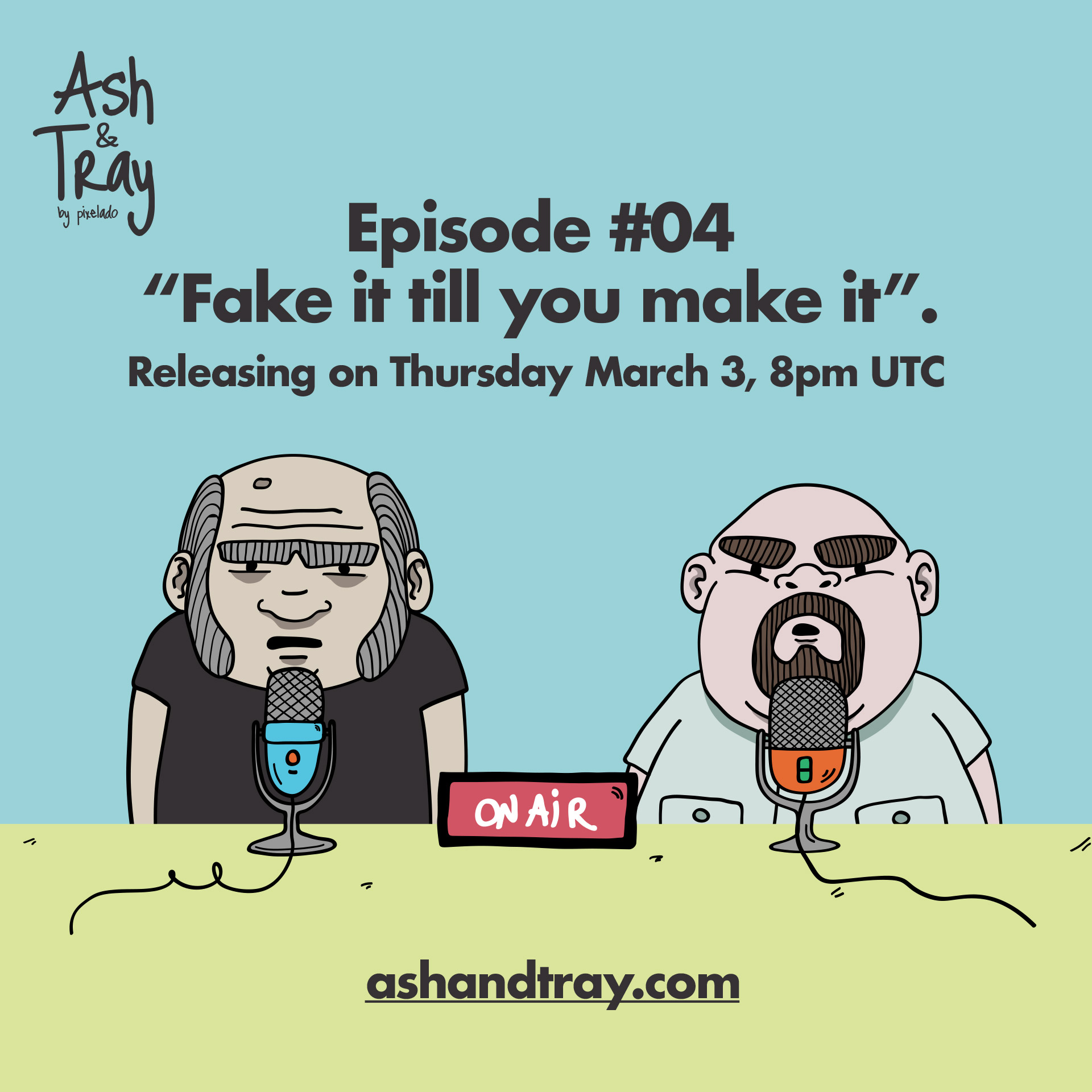 Ash & Tray are the main characters of a monthly NFT comic series. In this episode, Ash and Tray won't recognize it but their show isn't going as they planned. Recently they were told that being called a boomer* is not nice and someone showed them their performance stats, that proved that they weren't doing good.

Despite everything, for some reason, they still believe in themselves so they decided to rise their bet! Who cares about stats, right?